In a post from the end of March I published our secret. If you missed it…Baby G is arriving in August! It’s still surreal to say it. This is the first picture we got of Baby G at our first doctors appointment in January. It’s a little blurry because the little one wouldn’t stop moving around. My doctor even said he couldn’t get a good measurement because of the wiggles. 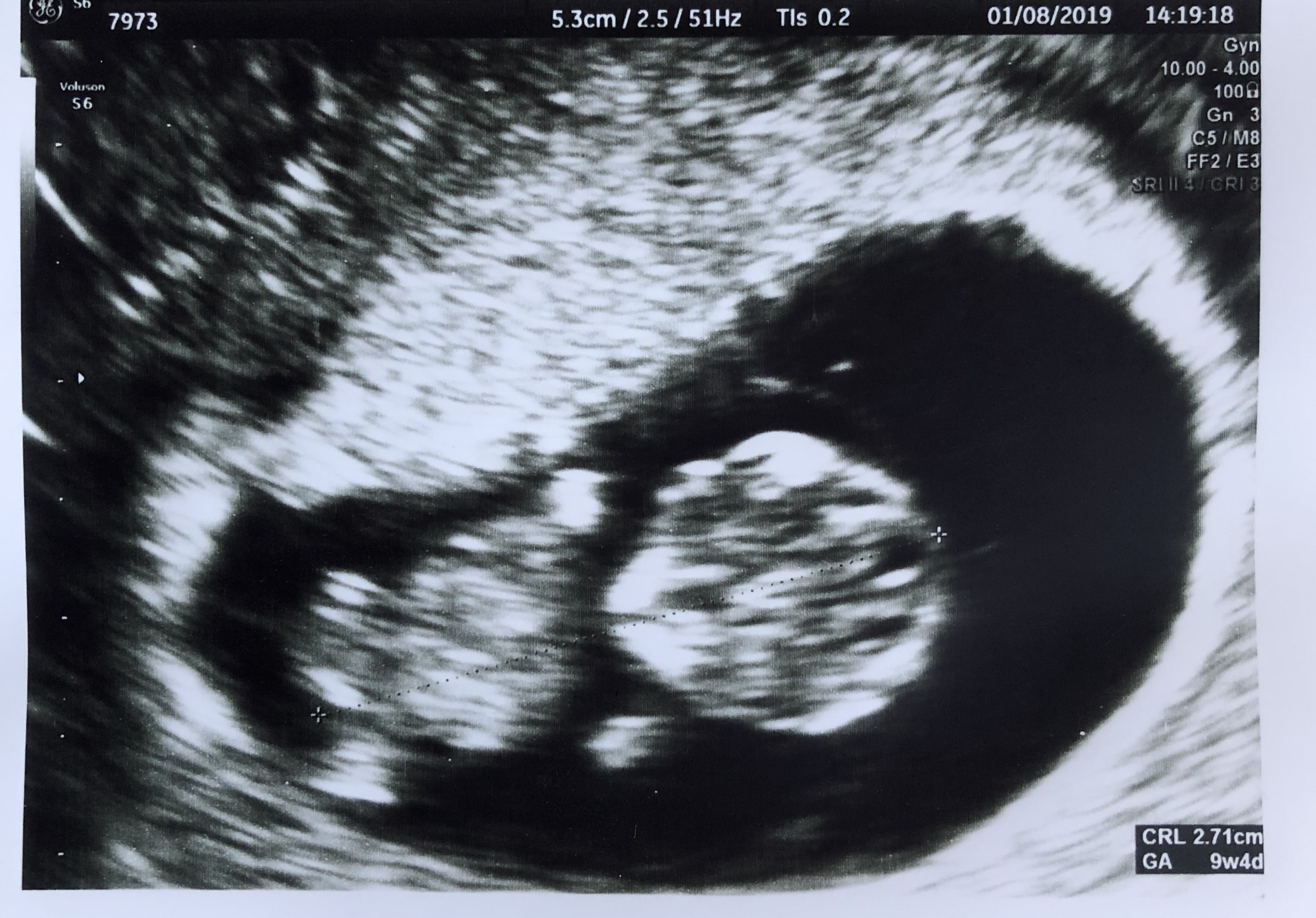 After finding out and sharing the news with the hubs I was so excited, but also knew a lot could happen in the first trimester that wouldn’t end positively. After wanting this for so long I didn’t want to get my hopes up and I didn’t want to tell people. The thought of going back to each of those people and telling them there was no longer a baby was terrifying. So I kept my secret. When I finally heard the baby’s heartbeat and saw the movements on the ultrasound screen at 9 weeks I felt like I could breathe a little.

I am well into my second trimester now (22 weeks and more than halfway through the whole pregnancy), but still want to recap the first trimester. I thought it would be easiest to categorize my answers. I used to see blog posts like this all the time.

Morning sickness (and at night). Early mornings and late nights were not my thing! I will say, I consider myself lucky because some of my friends spent the first trimester (or longer) over the toilet bowl. I am fortunate enough that was not me. To combat the sickness I ate a lot of crackers, carbs, and protein. A friend also recommended Pink Stork Morning Sickness Sweets. Life saver when on the go. Much easier to conceal than stuffing your face with dry crackers.

Other factors contributing to sickness…all the smells.

One symptom I did not anticipate was being cold. Not only was it winter, but regardless of how many layers I wore or how much the heater ran I was still freezing. I asked my doctor about it, but he did not seemed concerned. My blood work came back normal. Did this happen to anyone else?

Character wise I struggled with irritability and patience. I’m not typically a patient person, but can usually hold it together. That was out the window for sure! After sharing the news with my coworkers I went around individually and apologized if I ever came off rude or irritated by them. I literally couldn’t help it! 🙁

Carbs and protein! I ate a lot of egg tacos in the first trimester lol I had zero desire to cook and scrambled eggs in a tortilla was super simple.

The level of exhaustion is unreal. All you moms out there weren’t kidding. Other than waking up constantly to pee, I slept pretty well.

No bump for most of the first trimester. I had a slight bump towards the end (week 12), but honestly that was when I ate a big meal so I considered it a food baby.

Working out! I struggled so much with morning sickness+exhaustion I never made it to the gym and mentally that bothers me.

What I am looking forward to

Having more energy and getting to see Baby G at the next ultrasound.

We found out early because the hubs and I opted for genetic testing which reveals the gender. Baby G is a BOY!

That wraps up this post. Hopefully I will get the second trimester post up sooner rather than later. Until next post…xoxo Becca