Hi all! I hope everyone had a good weekend and for those mothers reading, I hope Mother’s Day was awesome. The hubs and I went to Katy to spend time with his mom and two sisters. It was relaxing and gave Lexi a chance to run and play. 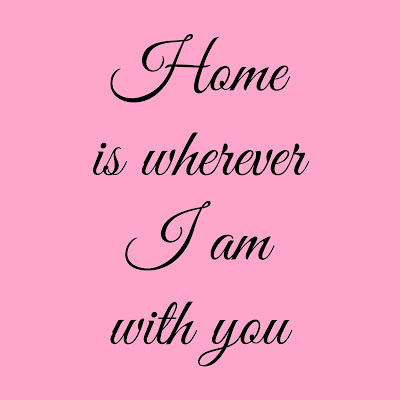 Here is an update on how apartment living is going. Little bit of background if you are new or missed it: in October we sold our almost 2,000 square foot house to move to a less than 800 square foot apartment. What a drastic change! I remember signing the lease and being given the keys. The hubs was working so I was alone. I got in the car at the front office and drove around until I found our apartment building. Then walked around until I found our apartment. I had looked at (read as deeply studied) the floor plan online and had an understanding of what it would look like, but when I opened the door and got that first look I immediately thought “What have we done?” It was so tiny and everything was white; white kitchen and bathroom cabinets, white walls, white trim, light carpet. When the hubs asked how it was I didn’t know how to respond without sounding negative. I wasn’t feeling very optimistic about the space. I would spend the next two weeks going to the apartment on my lunch hour to clean. I liked the three minute commute from the office to “home.” I would even workout in the mornings at the university rec and go “home” to shower and get ready for work. The small empty space was starting to grow on me. Then we moved. I was strategic in what was packed for the apartment and what was packed for the storage unit. Friends helped us move and without them I’m not sure we would have made it.

Now that we have been in the apartment for a little over 6 months I am able to say I am much happier about the space. It doesn’t seem as small and it certainly doesn’t take as much time to clean as the house did. 🙂 The hubs and I are both close to work and friends. It has a lot of pros! We do struggle with the size sometimes and get frustrated when the kitchen isn’t big enough or the clutter gets overwhelming. The smallest amount of clutter really brings the walls in tight, but I try to keep it clean and as clutter free as possible. I know Lexi misses her backyard and the ability to go in and out of her doggie door.

Initially I was worried about living with college students. Would they be up all night partying and making noise? Would they treat us different because they knew the hubs was the courtesy officer? Would they try to mess with our stuff or our cars because he is a cop? All these things worried me, but I can honestly say it hasn’t been bad, (minus the neighbor who smoked weed and has now been evicted) I don’t notice them much. They definitely know who we are, but they don’t seem to care.

What we have learned:

I am thankful for this opportunity! Until next post…xoxo Becca